Vision Checks Important as Kids Head Back to School 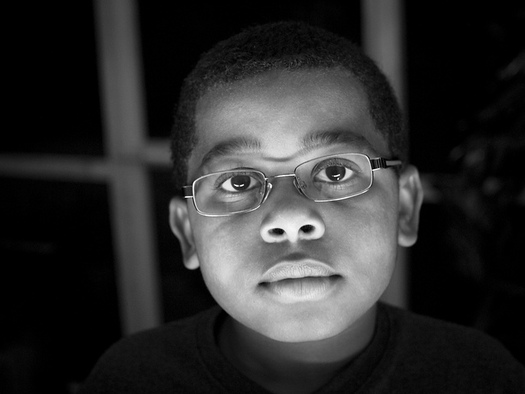 Pediatric optometrists say an eye exam and a pair of glasses can make a dramatic difference in a child’s academic performance. (Sir Leto/Flickr)

PHOENIX – Many Arizona kids are heading back to school this month, and doctors say when they return to the classroom it’s important to make sure they can see well.

About 80 percent of what a child learns at school happens visually. When children have undetected vision problems, said Dr. Amy Davis, a pediatric optometrist, they can miss out on major portions of their education.

“One in four school-aged children have vision problems,” she said. “So it’s a huge, huge issue to make sure that little people see well when they’re in school.”

Children who qualify for Medicaid or the Arizona Health Care Cost Containment System are covered for vision exams and glasses up to age 21. For children who don’t qualify for Medicaid and don’t have vision insurance, a number of community programs offer free or low-cost vision screenings, including the Lion’s Club’s Kidsight program. More information for Arizona parents is online at eyesonlearning.org.

The American Optometric Association recommends children get their eyes checked starting at six months of age, then again at age 3. For schoolchildren, eye exams are recommended before first grade, then every two years after that.

According to Dr. Kelly Varney, an assistant professor at the Arizona College of Optometry at Midwestern University, those checks are important, even if a child isn’t showing any obvious signs of poor vision.

“Kids can complain of things like headaches when they read, or they get really sleepy, and a lot of times you have no idea that the root of that could be vision,” Varney said. “A lot of the issues that kids will struggle with in school don’t appear to be a vision thing, because the kids won’t always say, ‘it’s blurry when I look at something.’ ”

Varney added that children can have a number of vision issues beyond just nearsightedness or farsightedness. She said vision exams will test for astigmatism, eye-tracking issues and eye health.